A unique place to call home

A new construction company based out of Markle is giving new life to old steel shipping containers.

Rock Creek Container Homes was started the first of the year with Kyle Decot and Mike Grant at the helm. The company’s current project has garnered some attention around town and beyond.

The hill off County Line Road overlooking the intersection of Curry and Miller streets will be the site of a home made out of shipping containers, which are much different than semitrailers. 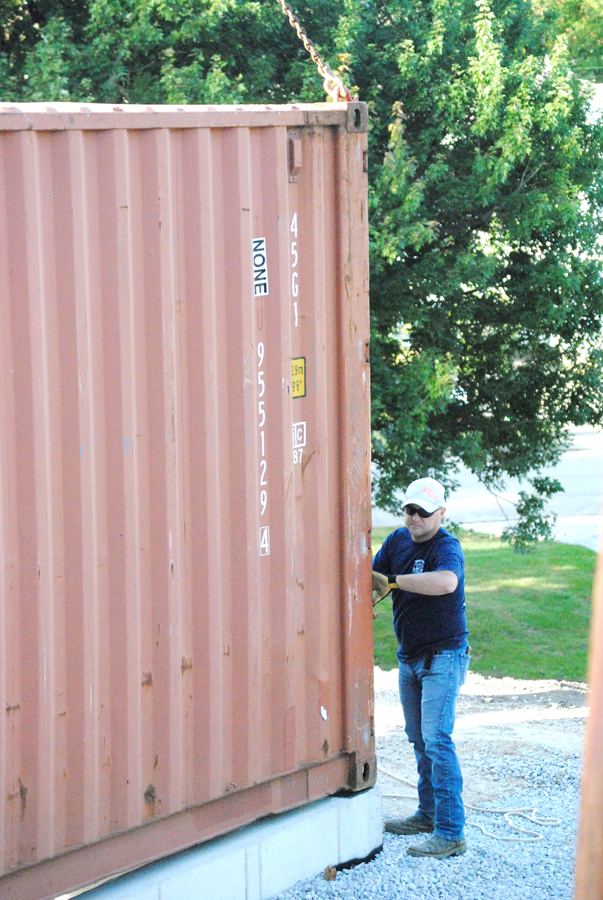 The home will be three containers tall by three containers wide. Three additional containers in the shape of a horseshoe will help create the nearby detached garage, which will be completed with steel trusses, a cement floor and a roof.

Grant said as far as they know, this will be the largest such home in the region.

Late last week, six of the containers — the ones for the 40-feet-by-56-feet garage and for the basement of the roughly 2,900-square-foot home — were placed on readied foundations with the help of Smith Erectors out of Markle. The work took about two hours to complete, and several passersby stopped to watch the progress throughout the morning.

Ideally, the other six containers for the home will be placed in a couple of weeks.

Decot said initially the goal was to have the project completed by the end of 2020 but after seeing how it’s progressing already, the new goal is to be able to show off the home’s interior by the end of the year.

They are building it as a model home that is available for sale but it’s possible Decot would move into it after the “hype” dies down, he said.

The company started after the pair talked about building a home together for Decot. Decot wanted to build a barn house out in the country, but Grant has eyed this hill on County Line Road for some time for a cabin house.

“One thing led to another and we started talking about container houses,” Grant said.

Once they decided to build the home together, they went to St. Louis to see what one looks like. They also spoke to people from multiple companies that do this work and Grant said they were all helpful in sharing tips, ideas on what worked and what didn’t, and any hurdles they faced.

Instead of viewing them as competition, Grant said they were just excited another company was interested in the work.

The commitment of Grant and Decot was solidified when they bought the property on the hill. Another big piece to the project was securing the financing to move forward.

Grant said the bank they used is the only one in the area that finances barn homes so they expanded their financing to include container homes. That could help future business, he said, since other people could get such homes financed.

If they were going to build a container home, they decided they should start a company. And they want to make a statement.

Grant said the house will be visible in town, as it’s not only on a hill but it will be tall with a spiral staircase throughout and a flag pole on top of that.

This may be the only one or they may build more. It depends on how the project goes.

Decot, who has a background in fabrication and owns a car body shop, said if they make and sell one other house like this, he’d be happy that he did something someone else wanted to do too.

Decot said he likes art and doesn’t like “cookie-cutter houses.” He likes houses that people think are cool when they drive by. He wants everything to be different and unique, from the vehicles he drives to the homes he lives in.

“I just have my own little spin on creativity,” he said. “When I look at something, you might see trash and I’ll see a piece of art.”

It may be made out of shipping containers, but the interior will be like any other home. Once it’s done, Decot said people will really have to look for the containers to see them within the shape of the home, which will include multiple covered outdoor spaces and a wedged roof.

Since word got out about the project and the company, Grant said he gets calls all the time now from all over the country. There’s been a lot of interest and they’ve fielded a lot of questions; although it’s not new, it’s very different for the area, Grant said.

A day before the containers were placed, he said he got a call from a woman in West Virginia who bought 23 acres in Ohio and was looking to build a similar house. 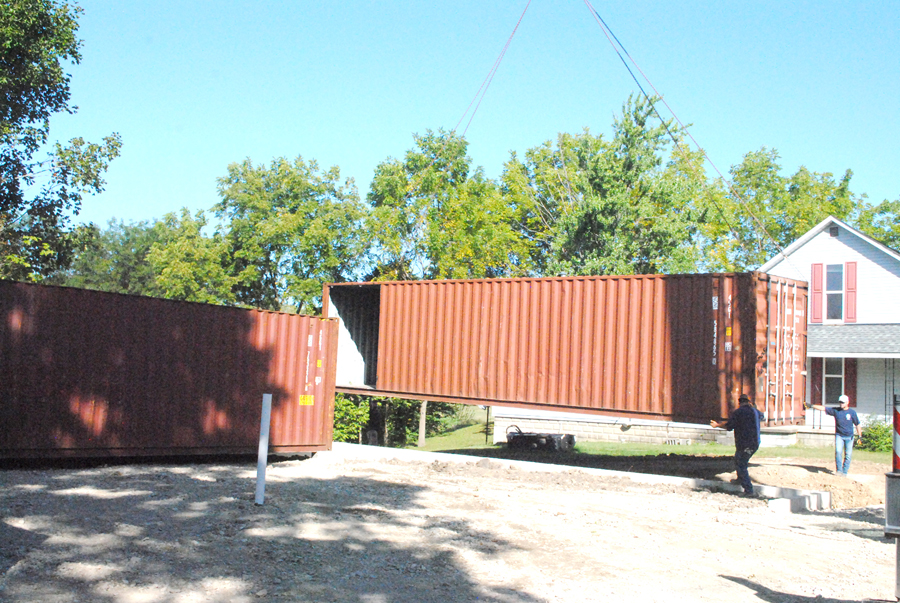 The woman said she was close to Markle and thought it was neat enough to replicate. Grant told her to come check out the home when it’s done so she can see what it would look and feel like.

He said he doesn’t want someone to spend the money and then realize they don’t like it or it wasn’t like they thought it would be. It’s not a traditional home.

“Some of these people I just have to tell them, ‘Hey, I would love to help you but we’re just two guys in Markle, Ind. We just can’t do it,’” Grant said.

Not only can they build container homes but they can work on custom projects. A project earlier this year was a 20-foot-long, mixed-use unit that the customer wanted to be able to sell items out of at festivals. They also offer mobile welding services.

People have also bought the containers off of them for storage purposes. For delivery within a 30-mile radius of Markle, the prices range from $2,600 to $2,800 depending on the container’s size. They sell containers that are both 20-feet and 40-feet long.

“They’re actually readily available. It’s just having the equipment to haul it,” Grant said of the containers, adding they bought a truck and had a custom trailer built for moving the units.

As much as possible, Grant and Decot are using local companies to complete their project. From the dirt and concrete work to the crane placement and the home construction, all are local contractors.

Grant said in a Facebook video in late September that he is happy with the team they have to work on this project. 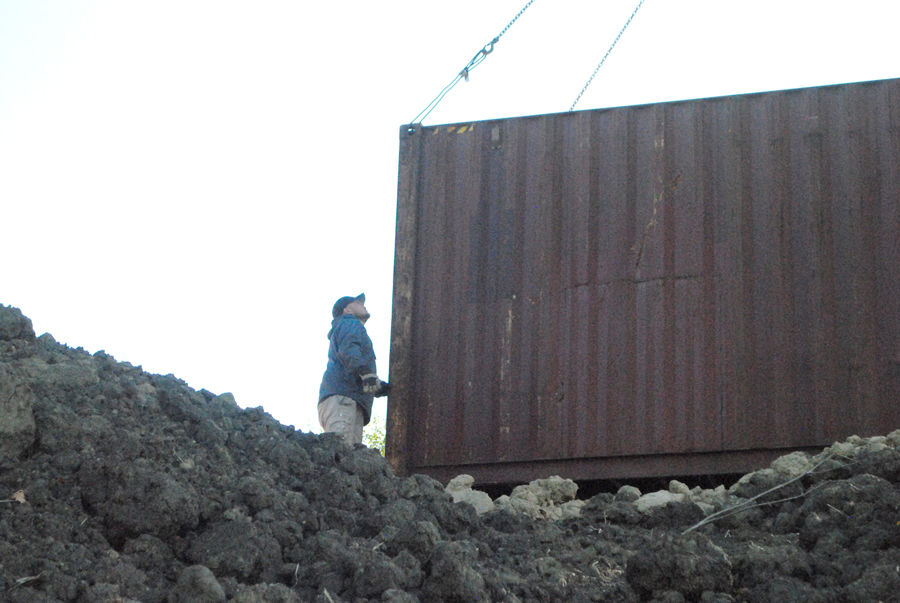 “We’re a small company in a small town,” he said, “and we want to make sure what we do benefits everyone.”

Decot said he wants to spread the pie around.

“If I can make a go of my business using my best friends and their businesses,” Decot said, “I don’t see how you can lose.”

Story and photos by Jessica Bricker; Courtesy of the News-Banner