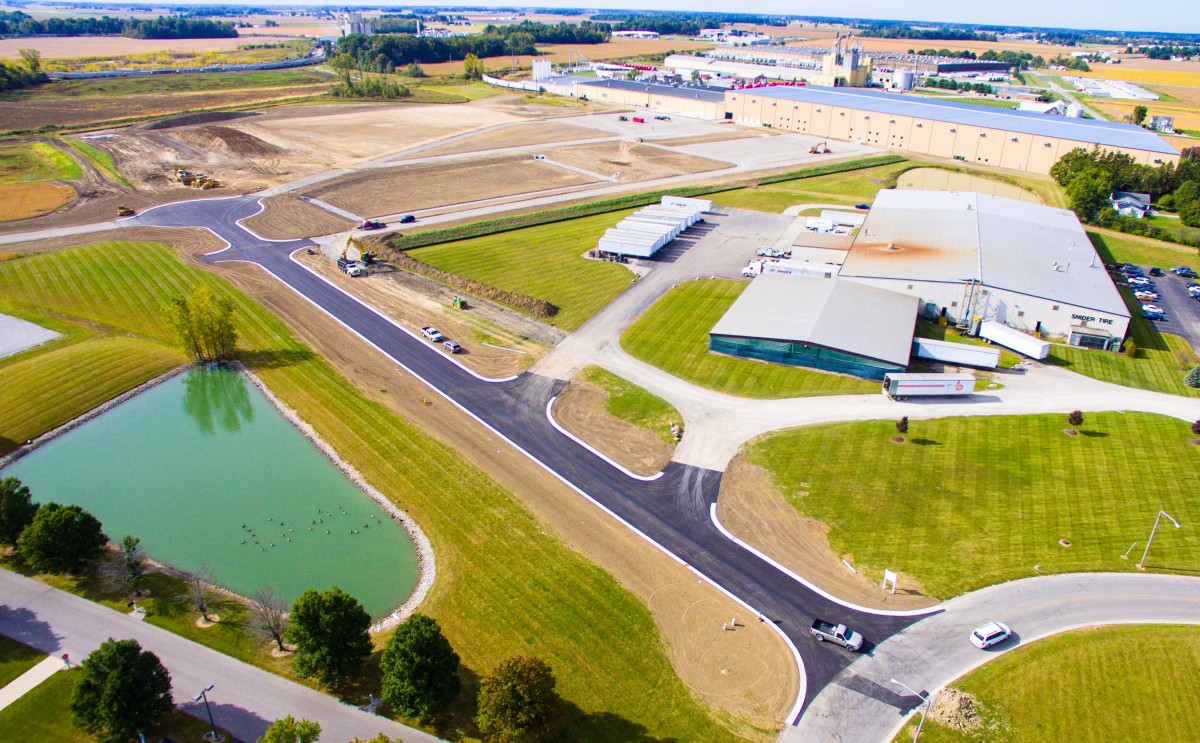 A new street in Bluffton is officially opened for traffic.

Representatives from several companies and government groups gathered Monday morning at the corner of Wiley Avenue and the new Snider Drive to cut the ribbon marking the occasion.

Wells County Economic Development Director Chad Kline said the creation of Snider Drive near the industrial park is another example of a group effort in the community.

“I think this is a great collaborative project that the community will be proud of,” he told the group of people gathered. “The people and the manufacturing around here will be very proud of it. It’s going to provide for a lot of growth in this area that we’re going to be very happy to see in the future.”

The City of Bluffton, Wells County and the Bluffton Redevelopment Commission put the funds together to make the street happen. Talks started regarding this street project about four years ago, Kline said. And while it wasn’t specifically for 20/20 Custom Molded Plastics or Edge Manufacturing, Kline said, when those two companies moved to the area near Wiley, the conversations escalated.

“This street was needed,” Kline said. “(It) wasn’t a want; it was a need. This street will be able to provide better logistical operations for both the 20/20 expansion and future expansions, Edge Manufacturing to be able to get the trucks out of the residential areas, providing a smoother transport into Snider Tire … and also providing future opportunities for expansion for General Manufacturing and SafTLite.”

The project required a lot of paperwork, Kline said. And businesses contributed in various ways, including the donation of land from General Manufacturing, Gerber Development, Edge Manufacturing and 20/20.

A water loop was installed in the area to provide better water pressure and fire protection for the area, and the easements were also donated in order to do so.

The project is fairly unique, Kline said, because it wasn’t a publicly bid project. The street was technically built by 20/20 and the city will purchase the street at a later time.

That allowed for the work to be done locally, Kline added. Kaehr Excavating and Wayne Asphalt built the street, Brickley Excavating did the water line and USI did the engineering work, Kline said.

He said it moved quickly, even though it was years in the making.

“We started construction on this street about two months ago,” Kline said, “and here we are today with a finished street.”

Story by Jessica Bricker; Courtesy of the News-Banner