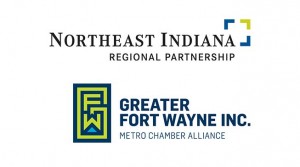 A new web platform being launched by Greater Fort Wayne Inc., the Northeast Indiana Regional Partnership and other financial supporters will be part informational and part promotional.

The project is being developed in partnership with Detroit-based Issue Media group, which operates similar online magazines in other cities, including Denver, Cincinnati and Buffalo, New York. A $120,000 grant through the Community Foundation of Greater Fort Wayne will help fund the launch of the new online storytelling platform, and other local companies and organizations are expected to underwrite future content. Their names have not yet been announced.

The site could launch in late December or January, said Ellen Cutter, director of strategy, research and marketing for GFW Inc.

Issue Media has used the same model in other cities, and it has been sustainable, she said.

Instead of selling advertising, the operation will depend on funders to underwrite content in their areas of interest, “like the Kauffman Foundation underwrites stories about entrepreneurship on NPR,” Cutter said. An organization like GFW Inc. might choose, for example, to underwrite content about economic activity or Fort Wayne’s neighborhoods.

The web platform will be controlled locally, with a managing editor who is in the area and freelance writers, photographers and videographers. An advisory board still being assembled will help guide decisions on what and how stories are covered. New local content will appear each week, a news feed will bring in content from other Issue Media cities, and Fort Wayne stories will appear in those other markets as well, Cutter said.

The site will be “very useful in talent attraction, but also in connecting people with communities that are already here,” Cutter said. “We’re really interested in telling smaller stories, stories about neighborhoods, the arts community, stories about catalytic talent. It’s about connecting people who are already here, informing people about things that are happening and that also will translate and have use in our efforts to attract talent.”

Since the site is in part a marketing tool, content can be expected to veer to the positive, as it does in other Issue Media cities.

There will be no advertising per se, but stories will have logos and links that will take a reader to their sponsors. Stories also can be fed to their underwriters’ websites, e-blasts and newsletters.

While much of the content will focus on Fort Wayne and its urban core, there also will be significant content from around the region, Cutter promised.

The seed funding was made possible by a grant from the Salinger Family Fund, held at the Community Foundation, and awarded to the Fort Wayne-Allen County Economic Development Alliance, an arm of GFW Inc.